Hello Fairy-Followers, Friends and fans!
If it is a while since you last deigned to pay a visit then you really need to read my previous missive – Fairy Tries Her Hand At Inventing, it would appear that it has got me noticed by a certain whiskery personage!

I have an admirer! Yes, yes I know what you are going to say, ‘You have a LOT of admirers, Fairy’!
Well, I KNOW that, but my new admirer is a, a, a BOY piggy! Goes by the name of Yum Yum. What kind of name is THAT, I ask you?

His latest antics, all designed to try and attract little ol’ me, The Great Hay Toss of 2011, really do take the biscuit!

Humph – everyone knows I am the undisputed World Champion Hay Tossing ExtraordaFairy. Of all time. For ever. So there!

Daddy says it is good to share (don’t think he means food or cuddle cups or anything of that nature), so I am going to share my Hay Tossing secrets. Come with me as I guide you through the arcane process. Don’t forget to marvel at my inestimable skills and flawless technique.

First gather your hay, making sure to wear a bit of it on your ear flap.
Approach the hay-heap with trepidation – you don’t want to scare it off before you start, now do you? Burrow your head into aforementioned hay.
HANDY TIP – you are unlikely to have much time to EAT while tossing, so now’s the time to have a sneaky nibble or three. There! What perfection – better give up YUM YUM and try your hand at butt waggling instead! Time for a leisurely lap of honour. I’ll take you through it one more time.
You need to burrow your head into the hay . . .
oh, hold on a minute while I have my snack-break!
I may be a while . . . Hay Is Not The Only Food!
The Start of Fairy’s Big Day!
An Early Christmas Gift for Fairy!
A Clean Pair Of Heels! 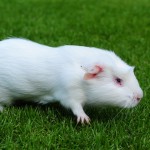 Munchtime!
A Romantic Dinner For Two 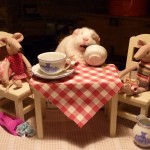