How it all began.

Her mum, Brillo, was a ‘rescue piggy’, taken from an unpleasant situation, along with her many assorted brothers, sisters and other relations. 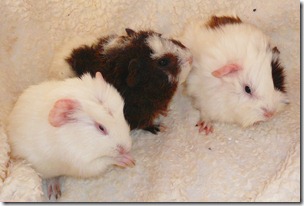 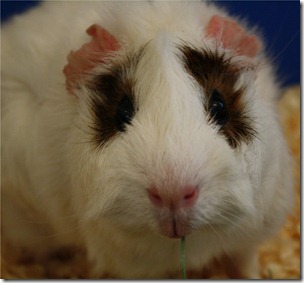 Fairy was a very small piggy. As well as being blind and deaf she also had many problems with her teeth. 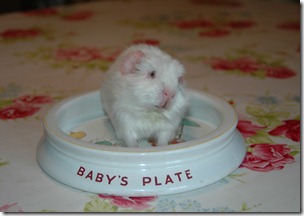 Her food had to be sliced up very small and a lot of the time she was hand fed to ensure she ate a balanced diet. It was difficult, at times, to entice her to eat anything! With patience though it soon became apparent what foods Fairy liked. 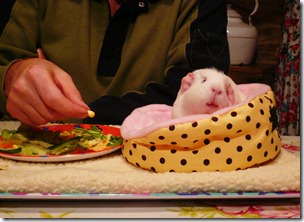 With lots of care and regular trips to the dentist, a trained Rodentologist, Fairy thrived, steadily putting weight on and coping better with her handicaps. 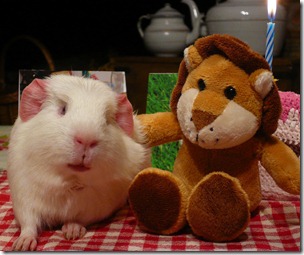 As the weeks and months passed Fairy’s character developed.

She liked nothing better than spending time with Marigold and Matilda! 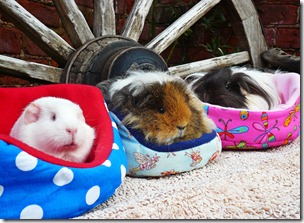 Going for a spin! 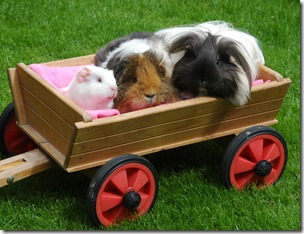 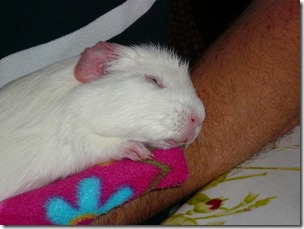 But best of all, she liked being with her pals. 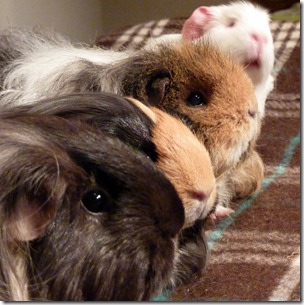 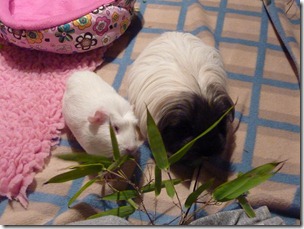 Having a word with Mr Bear! 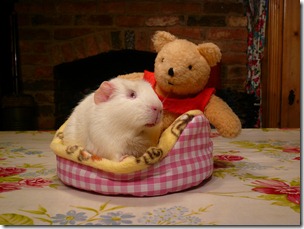 And chatting with her dear friends, Monty and Minty Mouse! 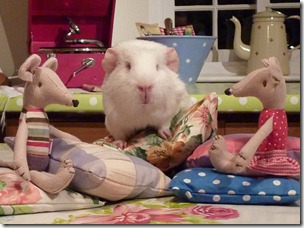 There will be a lot more of Minty and Monty soon! 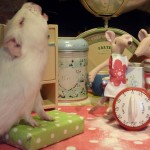 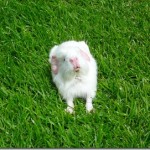